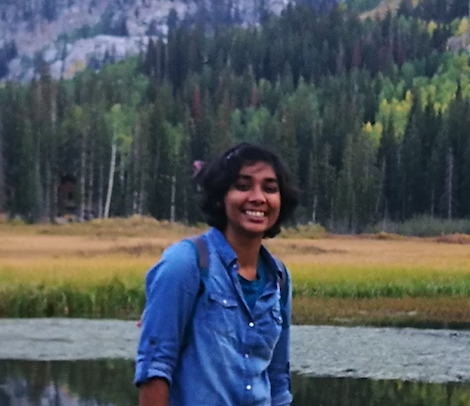 I also study the centers of galaxies in the nearby universe by measuring their masses to better understand the evolution of galaxies with their central objects. The galactic centers can contain both black holes and nuclear star clusters. I use the stellar kinematics near the centers to determine the amount of mass contained in the black holes and nuclear star clusters. 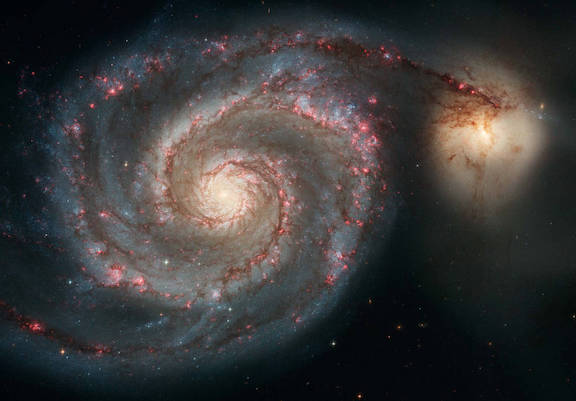 M51a and M51b - Also known as the whirlpool galaxy, one of my favorite galaxies. M51 with its counterpart around 23 million light years away. A black hole is thought to exist in its center. Also potentially hosts an NSC at its center!

1. How massive are the black holes in lowest-mass galaxies?

2. How do nuclear star clusters evolve with their host galaxies?

3. How did the nuclear star clusters form?

4. The connection between nuclear star clusters and tidal disruption events

The presence of nuclear star clusters also gives rise to tidal disruption events. Tidal disruption events (TDEs) are rare events that occur when a star comes close to the roche radius of the black hole and gets ripped apart. The rate of these events are found to correlate with the nuclear star cluster densities and improved estimates of these densities will help in determining the theoretical TDE rates. Future surveys like LSST will increase the detection of these TDEs and, thus, can be useful in comparing with the theoretical models. I am interested in estimating these TDE rates and the galaxies that are capable of hosting TDEs. Many TDEs are also observed to be in excess in post-starburst galaxies and studying these galaxies could help us determine the conditions in which these events occur. I am interested in studying these host galaxies and their environments in multi-wavelengths.